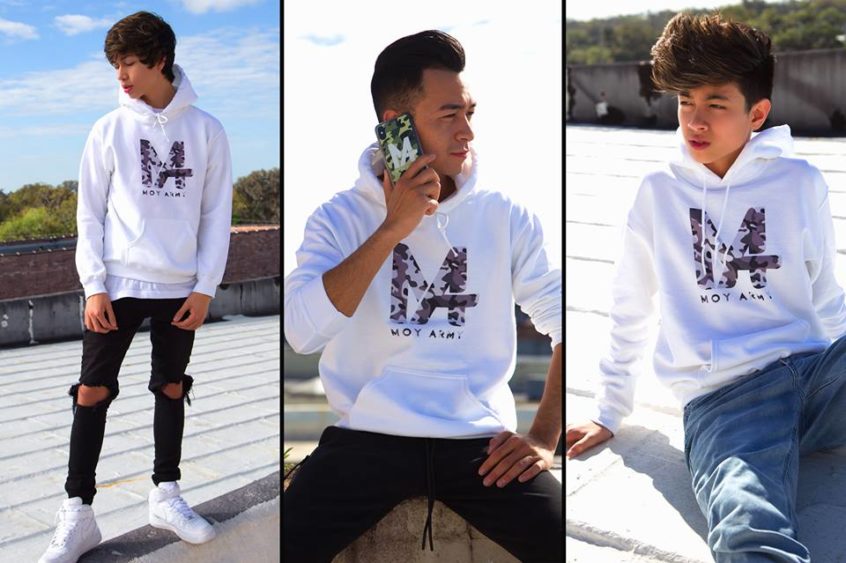 I have some exciting news to share with you! Last week on March 1st, my brothers and I launched the Moy Army Clothing Brand.

This is something we’ve been excited for and has been an awesome experience because I’ve been able to work with my two younger brothers.

It came with some trial and error. The first designs my brothers made were so bad! That’s what really brought us together to start this thing. I used Moy Media to rebrand and created better designs, really get this thing up and running.

It was important to us that we wouldn’t brand as social influencers but rather focus more as entrepreneurs and have more of a business standpoint. Really switch the negative stigma around social influencers getting famous for nothing and shed some light on the business side where it’s not really talked about that much.

It’s about the fans 𑁋the army

This is a new squad for a new generation of social media users. It’s to inspire people to really get out there and share their passion and vision with the rest of the world. To move forward with positive vibes.

That has always been what Moy Army has been about, even before Moy Army existed. Back when it was just my brothers and I playing in a backyard.

My brothers and I didn’t come from some wealthy background. It was tougher than a lot of people imagine. But we were just three kids here in Ocala, FL playing and filming in our backyard and having the time of our lives. We didn’t let the hard times get us down. We kept moving forward. We kept creating. We kept dreaming.

Imagination and roleplaying were why video was so attractive to us. We could turn our visions into reality. That’s what inspired all of this.

As exciting and awesome as it’s been, it’s also been a learning experience.

I’ve been learning more about E-commerce and how to apply it to social media, and branding. It’s really coming full circle with everything I do at Moy Media. It’s been a wealth of knowledge that expands from just being a clothing brand.

That being said, we are super excited to share this with you and let you in on our journey.